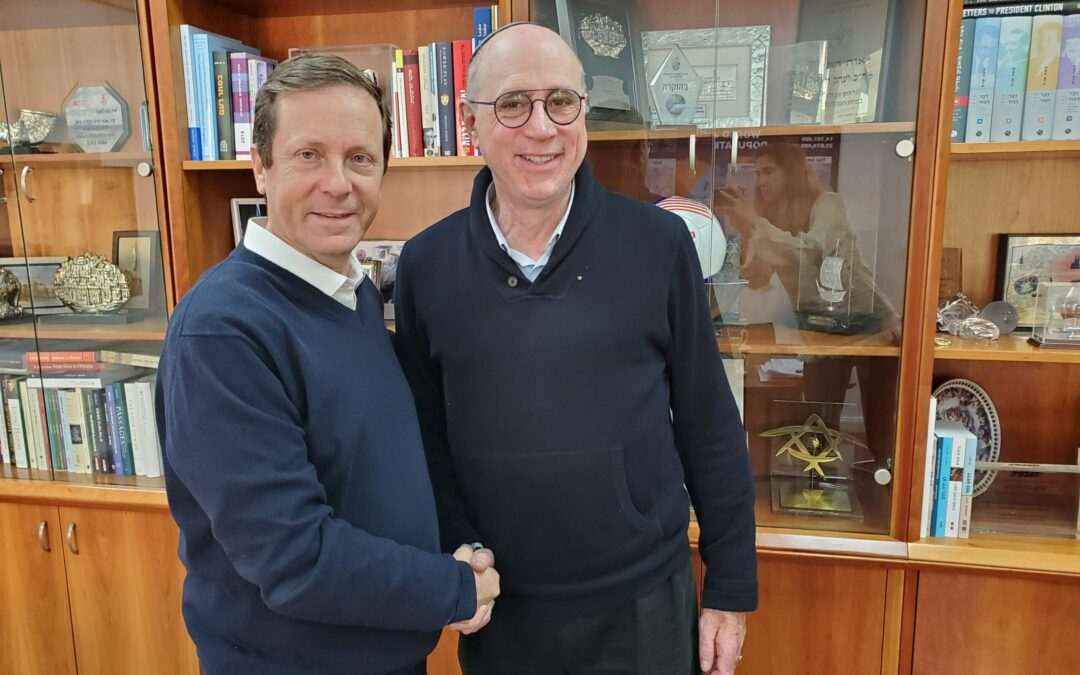 Today, the Zionist Rabbinic Coalition, an organization of over 125 rabbis from all denominations in North America, devoted to promoting Jewish unity and closing the gap between Jews in Israel and the Diaspora, sent letters to the new Prime Minister of Israel, Naftali Bennett and Yair Lapid, as well as to Bougie Herzog, the newly elected President and Mickey Levy, the Speaker of the Knesset congratulating them on their election.

In the letter to the new Prime Minister, Rabbi Stuart Weinblatt, ZRC Chair, wrote, “We stand ready and willing to work together with you to promote the goals of Jewish unity you so eloquently articulated in your remarks before the Knesset at the time of your being sworn in.  We applaud your commitment to cultivating the relationship with the American Jewish community and we look forward to working with you in finding ways we can strengthen the ties between our community.”

In the letter to Bougie Herzog, Rabbi Weinblatt reiterated that message and wrote, “We look forward to finding ways that the Zionist Rabbinic Coalition can support your efforts to achieve the goals to which you have devoted your life:  strengthening ties between Jews of Israel and the Diaspora and working to promote Jewish unity.”

Also shared with the newly elected officials was the Rabbinic Letter of Support for Israel which has garnered over 540 signatures, and which said, … “(At a time when) Israel is under attack, it is incumbent upon us to speak out on behalf of our people.  Moral clarity demands the courage to not be afraid to say that we proudly stand with Israel.  We express our love and support for Israel, especially in its time of danger, in its eternal quest for peace and its struggle against those forces who seek to attack or demonize it – whether it be by Jews or non-Jews.  We pray for a lasting peace and the fulfillment of the prophetic vision, when nation shall not lift up sword against nation, neither shall they learn war anymore.”

The full Rabbinic Letter can be found here: https://www.change.org/p/rabbis-rabbinic-letter-in-support-of-israel

The organization plans to take a delegation of its Rabbis to Israel in the near future for indepth meetings to discuss the future of relations with Israel and America and the American Jewish community.

The newly formed Zionist Rabbinic Coalition is currently the only organization of its kind.  It is an independent coalition of rabbis from all movements, which is non-partisan, and committed to Jewish peoplehood, Zionism, and “unapologetic support for Israel.”