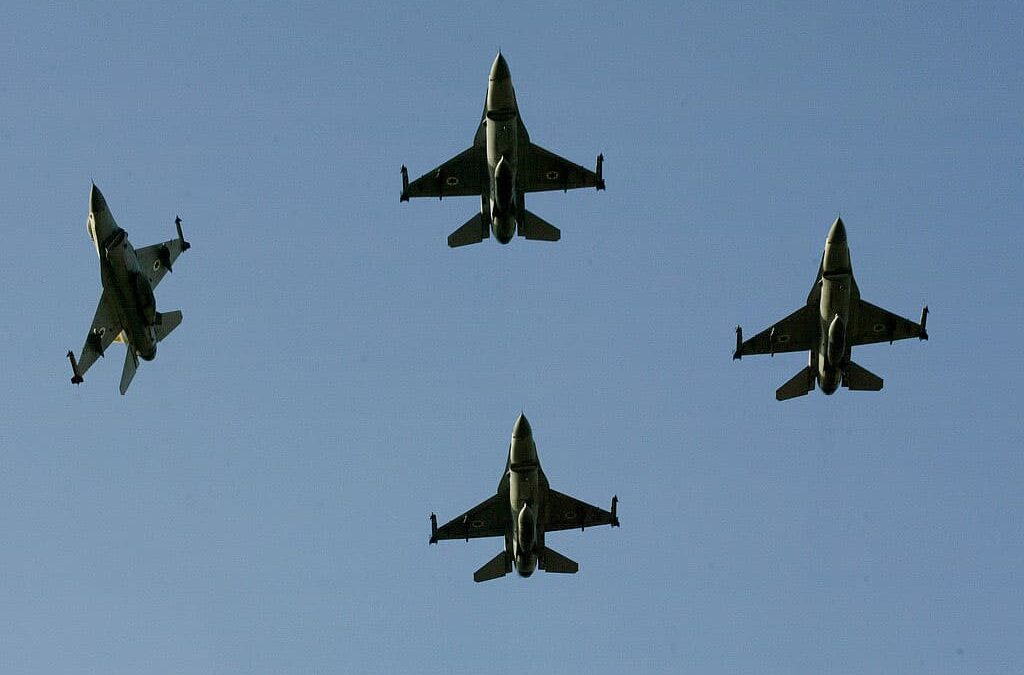 It has often been said that if only the State of Israel had existed in the 1940s, its air force could have bombed Auschwitz, interrupting the gassing of countless innocents.

Well, now it does exist. And it turns out that it has been using its air force to interrupt a contemporary regime’s gassing of countless innocents.

The Washington Post has just revealed that two Israeli bombing raids inside Syria in 2020 and 2021, which previously had been shrouded in mystery, were in fact part of a covert campaign to stop “a nascent attempt by Syria to restart its production of deadly nerve agents.”

Syrian dictator Bashar Assad has used sarin nerve gas to slaughter thousands of civilians whom he regarded as his enemies since the outbreak of the country’s civil war in 2011. One attack alone left 1,400 dead in a Damascus suburb. Assad promised the Obama administration in 2012 that he would stop using chemical weapons and destroy his arsenal. But he secretly held on to part of his stockpile, and has carried out “more than 200 attacks” with deadly nerve agents in recent years, the Post reports.

The Israelis are well aware that Syria’s original purpose in developing the poison gas was to use it against the Jewish state—to continue, in a sense, the gassing of the Jews that began in German-occupied Poland eighty years ago this month.

Rather than wait for such an attack and then belatedly respond, the Israelis decided to preempt the attempted genocide—and in so doing, potentially interrupt the Assad regime’s ongoing use of those weapons against Syrian citizens.

On March 5, 2020, according to the Post, Israeli bombers struck a compound in the Syrian city of Homs, “a hub for Syria’s chemical-weapons production.”

The Homs facility was preparing batches of the chemical tricalcium phosphate for Syria’s top military laboratory, known as the Scientific Studies and Research Center, which oversees production of the regime’s chemical weapons. Then, in June of this year, the Israelis bombed additional chemical weapons sites near the towns of Nasiriyah and Masyaf.

Some critics have opposed the idea of Western military action against Syrian chemical weapons sites, on the grounds that bystanders might be harmed. “People already living in fear of losing their lives in unlawful attacks must not be further punished for the alleged violations of the Syrian government,” Amnesty International USA has declared. And to this day, an occasional pundit will argue that bombing Auschwitz in 1944 would have been a bad idea because some of the prisoners might have been harmed.

The critics were wrong then, and they’re wrong now.

It’s troubling that Amnesty International seems less concerned about the actual daily murder of Syrian civilians than the theoretical risk to a small number of bystanders in the course of eliminating the murder weapons. No war can be fought without the risk of some civilian casualties. Indeed, the Israeli attack on the Homs facility left seven guards dead. But how can one compare that to the thousands of Syrians who have died agonizing deaths because of the gas produced in that laboratory—or the many Israelis who would be Assad’s next victims?

It is likewise nothing less than scandalous to argue that the possible danger of air raids harming a relatively small number of prisoners should have prevented the Allies from interrupting the certain gassing of 12,000 Jews in Auschwitz every day.

In any event, the question of civilian casualties had nothing to do with the actual discussions in 1944 about whether to bomb Auschwitz. Most of the bombing requests by Jewish groups were for strikes on the railways and bridges leading to the death camp, not the camp itself. Such attacks on the transportation routes—over which hundreds of thousands of Jews were taken to their deaths—would have involved very minimal risk to civilians.

That’s why the excuses the Roosevelt administration made for not carrying out such bombings had nothing to do with the danger of civilian casualties. U.S. officials claimed that American planes were too far from the camp. In reality, U.S. bombers regularly struck German oil factories just a few miles from the gas chambers of Auschwitz.

Today, the term “bombing Auschwitz” has become a metaphorical catchphrase for the moral test that the Allies failed during World War II—and then failed all over again during several other genocides that blighted the post-Holocaust world ever since.

“Bombing Auschwitz” is now a moral obligation for every generation, because every generation finds itself confronted by perpetrators of atrocities. The idea of using military force against mass murderers is no mere history lesson; it is a military strategy for a better world. On a few occasions, the United States and its allies have recognized this principle—as in the bombing that ended atrocities in the Balkans, pre-empted massacres in Libya, and rescued thousands of Yazidi civilians in Iraq. Israel’s bombing of Syrian chemical weapons follows that noble path.

The names Homs, Nasiriyah and Masyaf are not well known in the West. Neither was Auschwitz—or Chelmno, in German-occupied Poland, where the gassing of Jews began in December 1941. Perhaps the next generation will remember the names of those Syrian towns as the places where genocide was stopped in its tracks.

Rafael Medoff is founding director of The David S. Wyman Institute for Holocaust Studies and author of more than 20 books on Jewish history and the Holocaust.