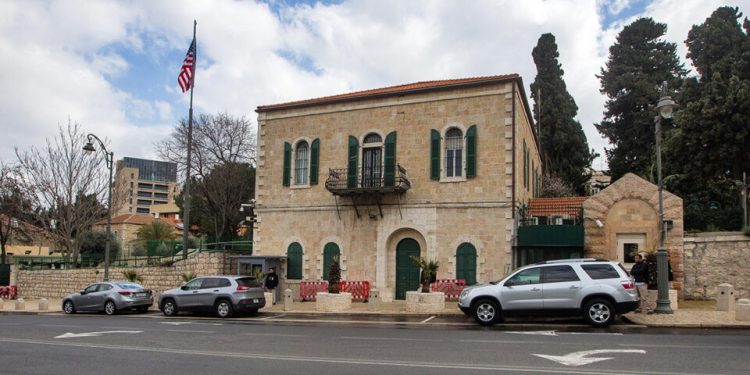 Nadav Shragai writes about the unintended consequences and implications of the opening of a US consulate for Palestinians in Jerusalem:

Palestinian Prime Minister Mohammad Shtayyeh said, “the message of the new American administration is that Jerusalem is not a united Israeli city, and that the American administration does not recognize the annexation of Arab Jerusalem by the Israeli side. We would like the American consulate to lay the foundation for a future American embassy in a Palestinian state.” Shtayyeh added, “The American measure distances the United States from the view that Jerusalem is one city, a view that was at the foundation of the decision to transfer the American Embassy from Tel Aviv to Jerusalem.”

Former Israeli Ambassador to the US Dr. Michael Oren relates notes that everything on “Everything on the Consulate’s website was a Palestinian narrative, just in Arabic and English. From that website, you would not know that there was a single Jew in Jerusalem…The consulate made sure to avoid even an appearance of American recognition of Jerusalem as Israel’s capital and in embittered the lives of successive governments here every time they built a new neighborhood for Jews in Jerusalem, and every time they tried to enforce planning and building laws in east Jerusalem.”